Well, guess what folks: our friendly neighborhood snake oil salesman Daniel is back. 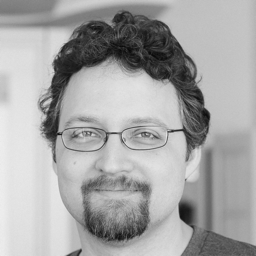 Look, I get it. The pagan gods demand sacrifices. Even if it's just a little pinch of incense, they demand that you throw something fawning on the altar if you want to feed your family. So if you want accolades, if you don't want your name spoken of in hushed embarrassed tones at dinner parties, if you want to avoid an outrage mob on your doorstep demanding your exile from polite society for doing something they normally applaud: well, you better suck up. You better show your commitment to right-think and the spirit of the age.

Thus the grifter, offering ointments for your sin, indulgences to avoid the outer darkness, incense with just the right ingredients to please the ascendant gods. They may not even know they're grifting, but their ointments are made of snake oil and even paper with indulgences written on it is useful for lighting fires, but it won't keep you out of the Hell that actually exists. But even if the virtue signaling phylacteries are useless, the priests are going to jump all over you if you don't wear them, so the salesman shows up at your door knowing you'll pay.

Well, guess what folks: our friendly neighborhood snake oil salesman Daniel is back. He never did reply to me after I gave him the gospel last time, and apparently he forgot to take me off his mailing list. And so I started getting event invites to yet another pinch-of-incense recruiting event a week or two ago. At first I just ignored them, since they looked super automated. But then he emailed me directly:

I wanted to ask if you are the right person for recruiting at LOOR. If not, I will appreciate if you could send this email on their way.

We have a [RedactedCo] Raleigh (Diversity & Inclusion) event on [Date]

This all sounded kind of familiar, but just to check, I asked for clarification:

I'm a little confused: what do you mean by diverse software engineers? Like you'll have both Python and Ruby programmers there?

He was kind enough to clarify for me:

I mean, I didn't want to assume. Even though, yes, I was 99.9% sure this is what he was going to answer. Because I figured he was still selling the snake oil that's currently in demand. If you read the last time I replied to Daniel, you can probably predict the gist of my reply:

You want me to pay you to get access to candidates chosen for their skin color or what they do with their genitals rather than whether they're good at their job or not... that is an amazing grift man. Well played.

But I'll pass - Jesus has already justified me and taught me that virtue does not lie in racial vainglory or partiality or affirming people in their sin. Nor does virtue lie in lighting the resources I've been given on fire just to watch them burn, which is all paying for this event would be doing.

Repent of your virtue signaling, turn to Jesus as the only way to deal with the sin you're trying to ignore by all the virtue signaling, and be saved. And let me know if you want to do internal recruiting for a company that's more interested in whether Jesus is happy with their hiring than whether the new woke religion approves.

Want to get in on the ground floor with a company led by founders who believe racial vainglory is a sin, men lying with men (and women lying with women) is a sin, and only the blood of Jesus can cover any of it? Want to invest in a company building a sharp stick for the eye of the zeitgeist instead of a soothing ointment for its burning rash? And further, that has zero trouble hiring because Christians know the company isn't going to cancel them for "mean" tweets? Drop us a line

What do pedophiles, homosexuals and Bible translations have in common?

If Christian filmmakers grasp this and start making films that are true and beautiful we can move forward as an industry.

Let's do some math.