The Slavemasters of Coding

Perhaps you heard that the real estate magnates of the world have been pushing to rename the master bedroom. 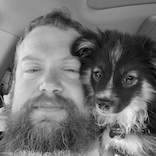 Perhaps you heard that the real estate magnates of the world have been pushing to rename the master bedroom. The mention of masters is a systemic microagression to the former slaves that are, apparently, wandering the upper echelons of the real estate market.

That is not the only place where a politically correct language change is being pushed. In the world of software there are terms that remind certain programmers of America’s unseemly past. So there will be no more master branch or master/slave replication, nor will there be any blacklists, grandfathering, or dummy values. Instead, those coders with the sensitivity of a flock of middle-aged women fresh from an article about gluten intolerance in Redbook will be relieved to see that the new terms are main, leader/follower or primary/replicant, denylist, legacy-status, and sample value.

Now, I don’t want to be insensitive, perhaps there are people that look at their master bedroom and it causes them emotional trauma, but I think there is something else going on. I think that the prospect of black people ever sleeping in a master bedroom is just too much for the modern liberal mind. They have been uneasy with the emancipation of slaves from the start. Lincoln looked back and forth at his republican colleagues and said, “Oh boy, the democrats are going to hate this.” Out of spite for all of the minority families that are now able to sleep in the master’s bedroom, they’ve just decided to run a campaign to change the name. If they can’t be masters anymore, then no one can be.

As to the changes in the language of computer programming, leader and follower is pretty insensitive. Doesn’t anyone remember how terrible junior high school was the first time?! I don’t really need your microaggressions pushing my imagination back down that drain every time I dig in to read the code behind my favorite websites and programs. So please, stick with primary and replicant, because we all know what happens when a replicant gets involved: mass murder! Seriously, doesn’t anyone pay attention to their science fiction anymore?

The truth is, this is a play that is being run. Computer code is not a language that is spoken by people. It is a language that a fairly small group of highly skilled practicioners write so that computers can speak to each other. It seems the only reason computer code—which, if all goes right, will only ever be read by a handful of people—is forced to conform to political correctness is that it’s a useful tool to continue undermining the usefulness of English to clearly communicate. As George Orwell points out in his essay Politics and the English Language, undermining the language is necessary if you are regularly defending the indefensible.

So, as silly as it is, it is actually a real problem. And there are no brakes on this car.

That’s why here at Loor we are not requiring any such nonsense from our programmers. Civilization needs true communication to be grandfathered in. Only a dummy would make a blacklist of words. Especially when our leaders are actively trying to make slaves of us all.

So if you are a programmer or work in the film industry and are looking for a company that hasn’t caved to the dummy values that make it easier for tyrants to bend power to their will, then check out Loor.tv.

Certainly Bob Chapek is entitled to his own opinion as a voter with one vote in the election. But does he really speak for an entire media conglomerate?

Diversity Quotas vs The Movies

The new push for diversity and inclusion is undercutting the ability to tell deep and lasting stories.

You’ve seen the images of shipping freighters sitting outside of ports all around the United States.